Everything on this blog reflects my own ideas and opinions and either does not or else may not reflect those of my employer or any other organisation.

Don't hide your light.
Get your #swagon in 2020.
Have you published your #BioBraggingRights? (BBR)

Remember this formula #MoreSwaggerMoreSway.
The new 21st century BBR is far better than a C20th CV - whilst incorporating your current CV.
Mine is here: https://t.co/UaTg37f1Mc pic.twitter.com/gPQ42RmhEp

More spuriofacts destroyed in the Netherlands

And the Selfish Gene mythbust for an added bonus https://t.co/1nWNyaO6ZN 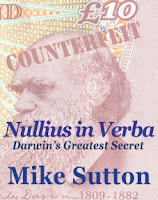 Nullius in Verba: Darwin's greatest secret 600-page Kindle e-book. Currently unavailable due to ongoing investigations into criminal book piracy, copyright fraud, cyberstalking, criminal malicious communications, malware dissemination and ID fraud by cybercriminals who have hacked it and those who are disseminating illegal hacked versions of it.

From November 2017, you are advised not to download any version of this e-book, because the file is likely to be infected with hacker malware by those sharing and disseminating the hacked files. Moreover, the hacked content is likely to have been altered by the criminals involved.

Beware An example @Hollyonline @JournalistaLtd of the "Anne Elk Theory Trap" in seeking to "make the complex clear" https://t.co/JAHAvoQzNV pic.twitter.com/8BJBcl3QpH

The Independently Verifiable Truth is Out!

Email ThisBlogThis!Share to TwitterShare to FacebookShare to Pinterest
Labels: truth

One particularly entertaining example, but nevertheless an important one because it superbly demonstrates the power and multidisciplinary application of the method to solve long-standing historical problems, is what the IDD Big Data research method (Sutton 2014) revealed about the etymological origin of the naming of the nursery rhyme character Humpty Dumpty. This was a great etymological mystery dating back to the 19th century. 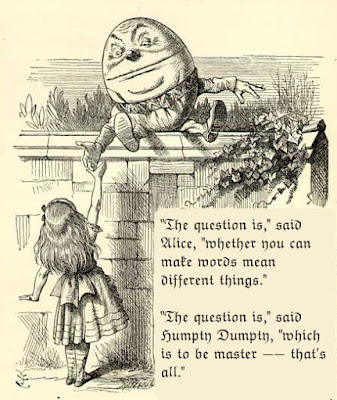 The online Oxford English Dictionary (OED) (2012) notes an alcoholic beverage named ‘Humtie Dumtie’ is noted in published print dated 1698. However,unevidenced claims abound to explain the alleged literary influence for the original 18th century nursery rhyme character that came to be represented 74 years later in Lewis Carroll’s (1871) Alice Through the Looking Glass. Dutra, (2005. P. 165) and Foster (2008) for example, claim on the basis of no independently verifiable evidence whatsoever, that the name for and natural wall-sitting habitats of this character originate from ‘Humpty Dumpty’ being a Royalist forces cannon that fell off a wall in the English Civil War.

At the time of writing, the OED’s earliest recorded example of the name being applied to a character is 1785. Surpassing that, in November 2013 (see Sutton 2014a) IDD revealed that a classical stage character named Punchanello (AKA Punchinello), is currently the earliest independently verifiable cultural influence for an egg-shaped character being called Humpty Dumpty:

“Beau Humpty-dumpty next appears,
A merry Lump well grown in Years,
With Back and Breast like Punchanello."
(Anonymous 1701, p. 28)

IDD revealed also the observation by Pepys (1665) of a Parliamentary forces cannon named Punchinello. That finding triangulates the significance of the Punchanello-Humpty-Dumpty discovery by neatly debunking the un-evidenced Royalist cannon myth and providing a most compelling clue to explain its obscure origins (see Sutton 2014a). This discovery shows that the IDD method, even in the hands of the amateur, is a myth-busting research tool, which on occasion performs better than etymology and cultural history experts informing the OED and other renowned sources. Simply having the power to date and Boolean search in one go within tens of millions of documents enables sociological, historical and etymological myths to be bust and entrenched problems solved.

Anonymous (1701) A rod for Tunbridge beaus, bundl'd up at the request of the Tunbridge Ladies. To Jerk Fools into more Wit and Clowns onto more Manners. A Burlesque Poem. London.

Carroll, L. (1871) Through the Looking-Glass, and What Alice Found There. Macmillan. 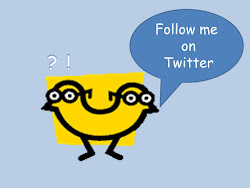 Twittering on Dysology and Criminology